Year 8 go down the rabbit hole! 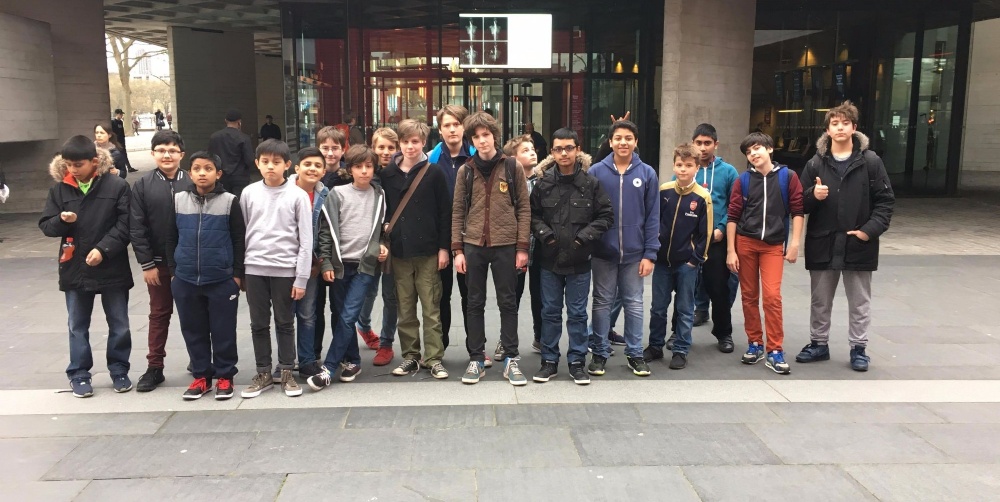 Year 8 invited to a performance of the new musical wonder.land

On Thursday 21st April, a group of Year 8 students were invited to a performance of wonder.land, a new musical adaptation of Lewis Carroll’s Alice in Wonderland created by Damon Albarn, Moira Buffini and Rufus Norris. The show was described as ‘a coming-of-age adventure that explores the blurred boundaries between our online and offline lives’ and the group all had a wonder.ful time!

Year 8 Drama Club met after school at a very busy Kentish Town. By the time I got there most of the boys were in Sam's! We took the tube to Embankment and walked the rest of the way to the National Theatre. We stopped for about 20 minutes to look at the famous skate board park on the way.

At the theatre the stage seemed small compared to the amount of seats there were in the auditorium. The lights dimmed and then someone asked us to switch off our phones. The play was a version of Alice in Wonderland but in a new twist it centred on a girl and her phone. The play was about 3 hours long with an interval in the middle. There were similar characters in it to the original story such as Tweedle Dum and Tweedle Dee and yes the White Rabbit was also in it!

It was only at the end of the play that things started to get violent- spoiler alert! One of the main characters got killed as well as the White Rabbit! The audience was so heartbroken. A woman got sent away at the end for her horrific crime........ Stealing 99p!

As Cub Reporters we get to cover all the great events such as this theatre trip. So come along and join us at Cub Reporter Club on Tuesday lunchtimes for the opportunity to have your articles published on the website :-)