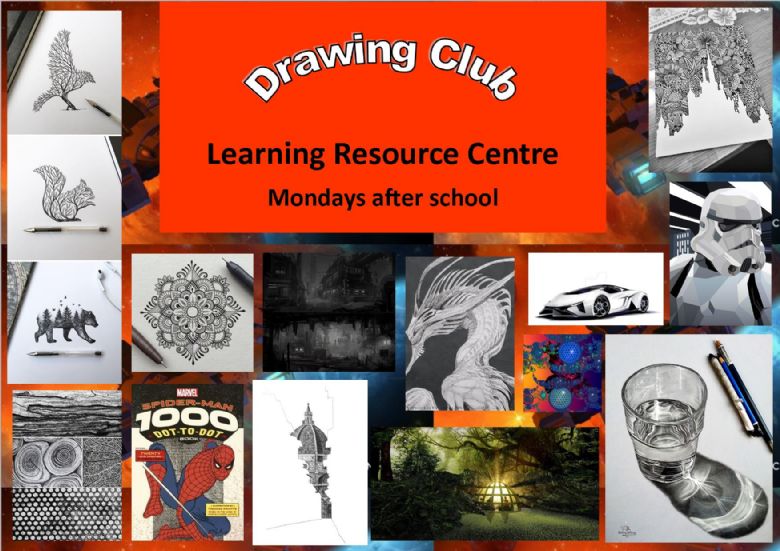 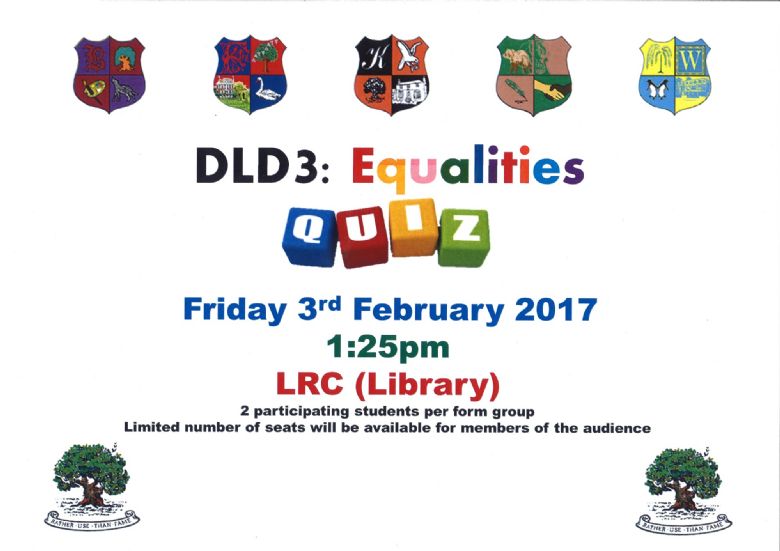 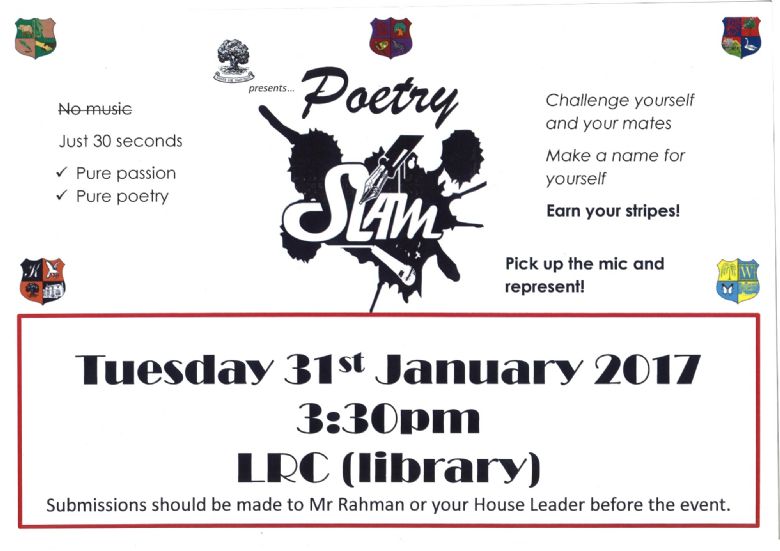 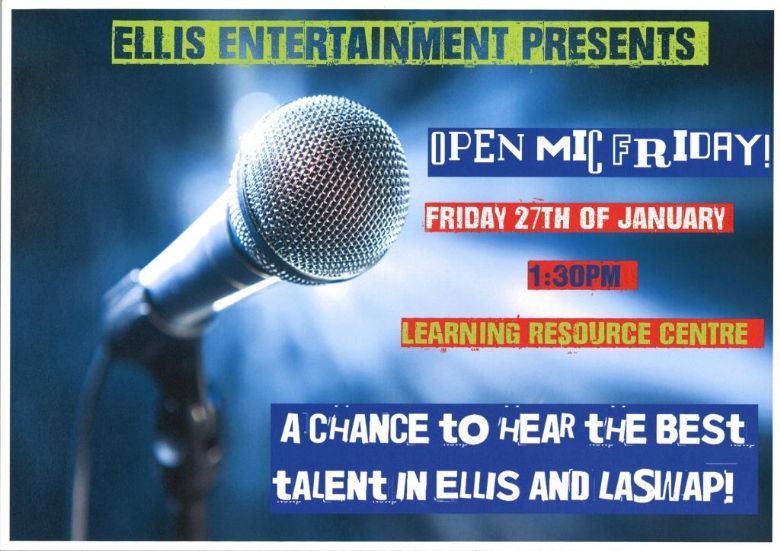 In the last two weeks the Learning Resource Centre has been full of activities at lunchtime and after school with the House Poetry Slam, House Equalities Quiz, WES Open Mic and Drawing Club.

It all started with an Open Mic on Friday the 27th of January that sixth formers and KS5 students took part in, performing songs they’d been working on this term. It was a termly opportunity to gain experience of performing in front of an audience and the first time it had taken place in the Learning Resource Centre.

It seemed to work well as a venue with sixth formers, staff and the regular lunchtime LRC crowd packing out the space.  The audience got to hear KS5 students Pablo and Aison perform a Radiohead cover and Adam sing two ballads. Then sixth former Luke with her guitar covered a Smiths and David Bowie song. Then the event came to a rousing end with Ms Ijiti, a City Year volunteer, bringing the house down with Hello by Adele 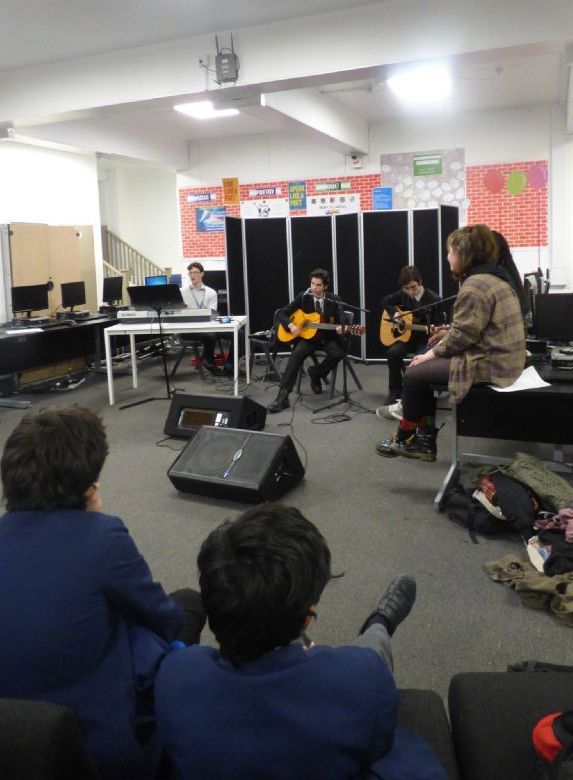 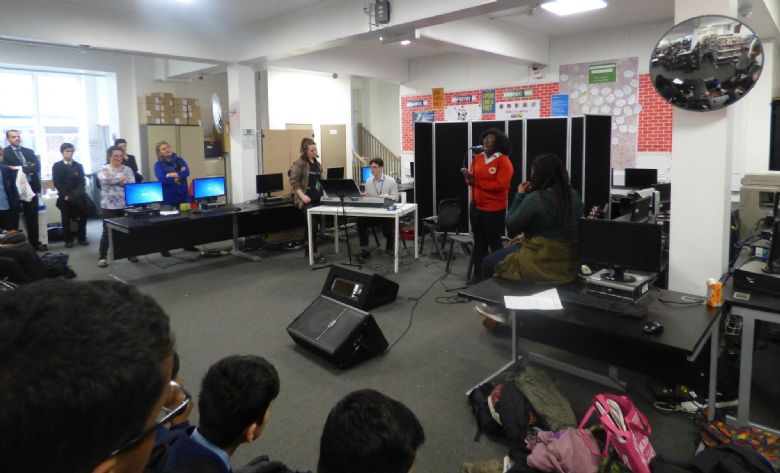 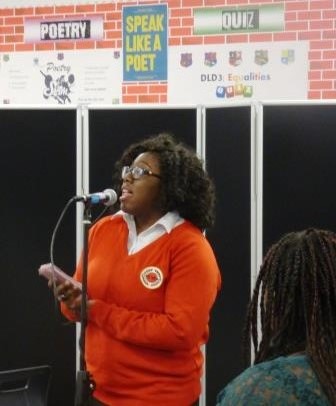 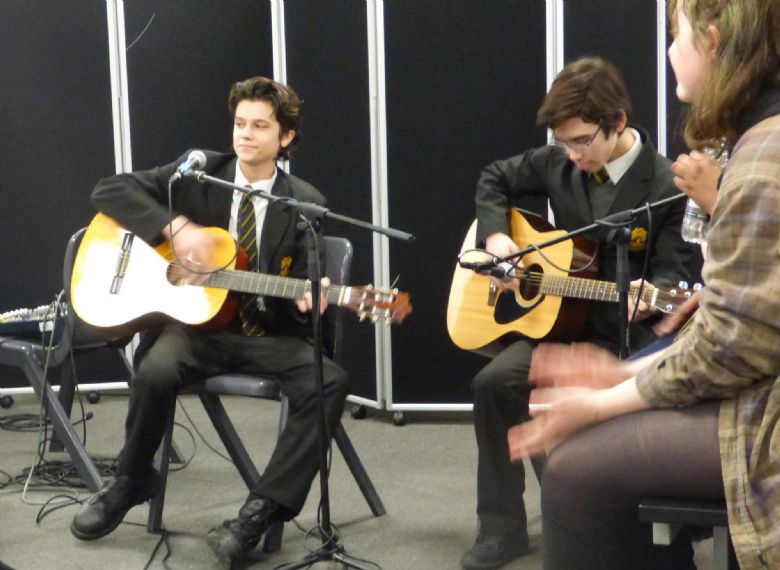 The next event was the annual House Poetry Slam on Tuesday the 27th of January with students performing original pieces they had been writing this term. The Year 8s had the highest number of participants with Aurel performing another student’s work and Gabriel reciting a poem dedicated to the City Year volunteers. The Poetry Slam ended with Anes delivering a poem about following your dreams and Ms Conran performing an original poem. 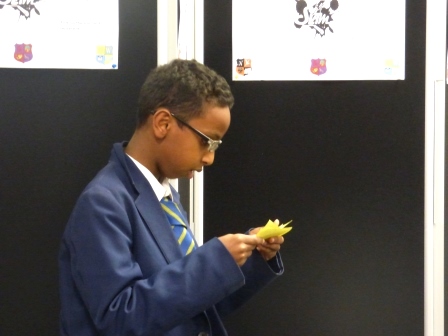 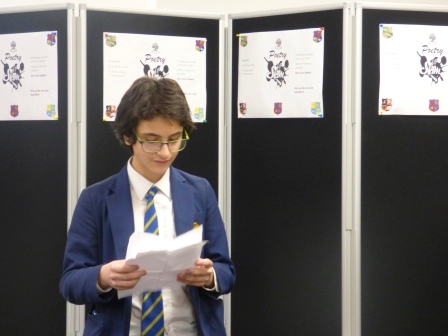 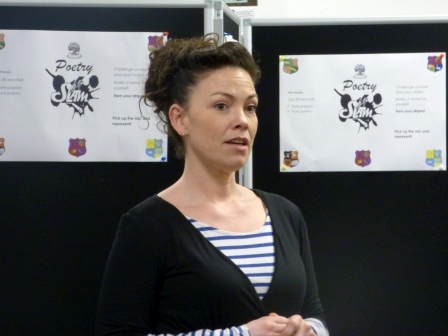 On the 3rd of February to tie in with the Deep Learning Day LGBTQ theme there was an Equalities quiz. During Deep Learning Day students had a day of activities dedicated to exploring the chosen theme of LGBTQ (Lesbian Gay Bisexual Transgender Questioning). During the day students met a police officer representing Stonewall and a gay man talking about his life experience amongst many other things. At lunchtime there was a Quiz with students from each house and year testing their new knowledge. 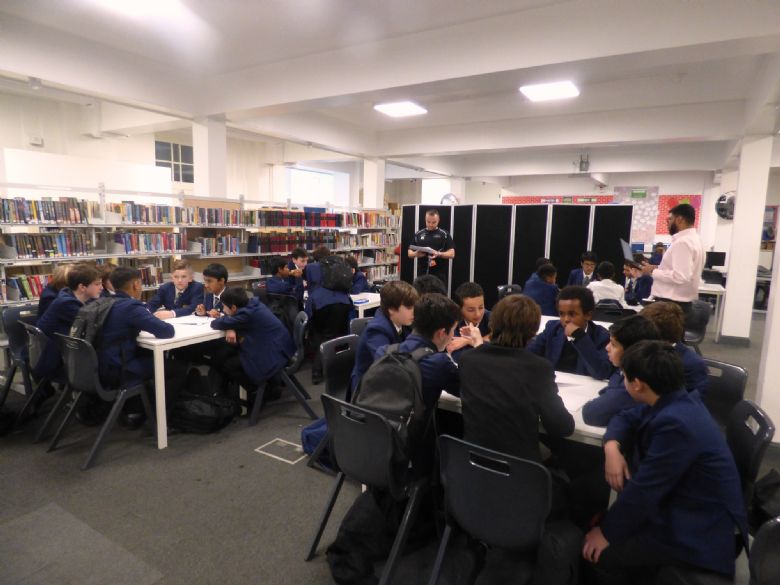 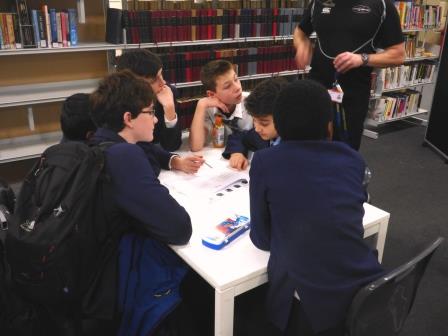 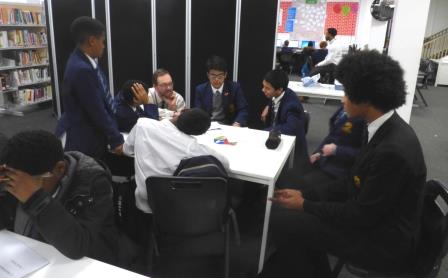 This whole term Drawing club has been taking place in the Learning Resource Centre on Mondays after school. Students can decide what they want to do in Drawing Club, they can learn something new like how to make a ‘zine or if they prefer just draw, doodle or colour in. This term we have created comic book strips, done dot to dots with 1000+ dots. Thomas and Kevin in Year 8 both exclusively colour in intricately blending tones on complicated images. Zach from Year 7 has come up with a new form of sketchbook with hidden pockets. Leeroy from Year 9 has come up with fun drawing warm up exercises and organised many a comic book that the group collectively draw. The group also created an impressive World Book Day display for a world book day competition titled “The theme of books”, below are a few examples of the work produced. 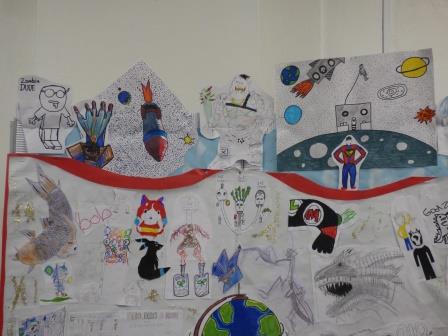 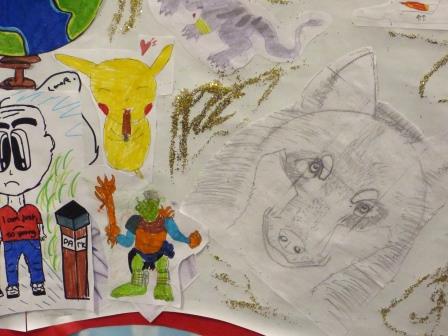 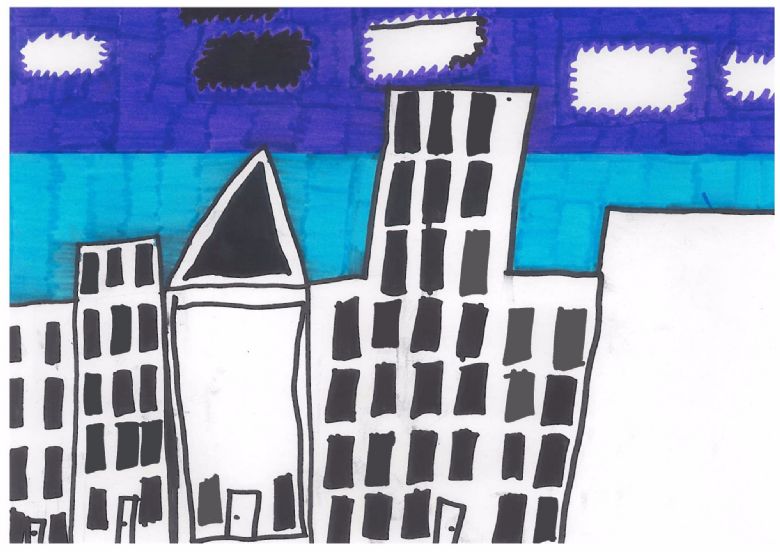 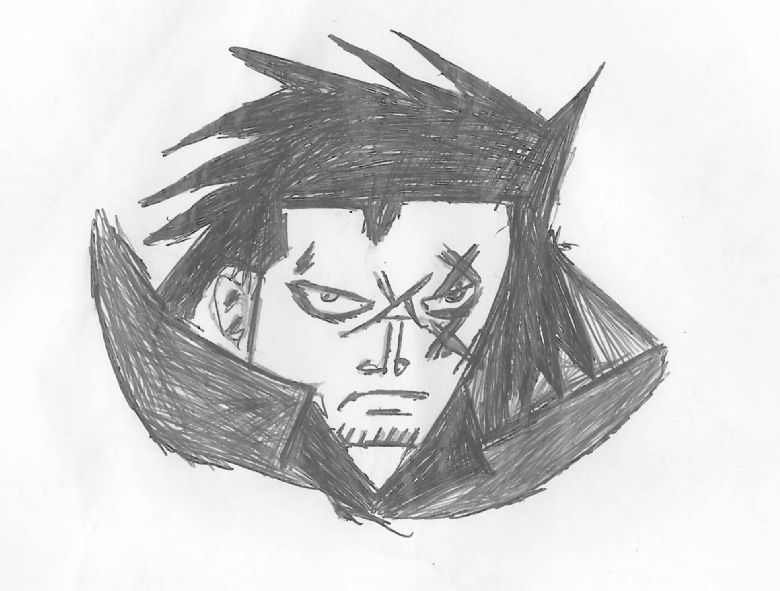 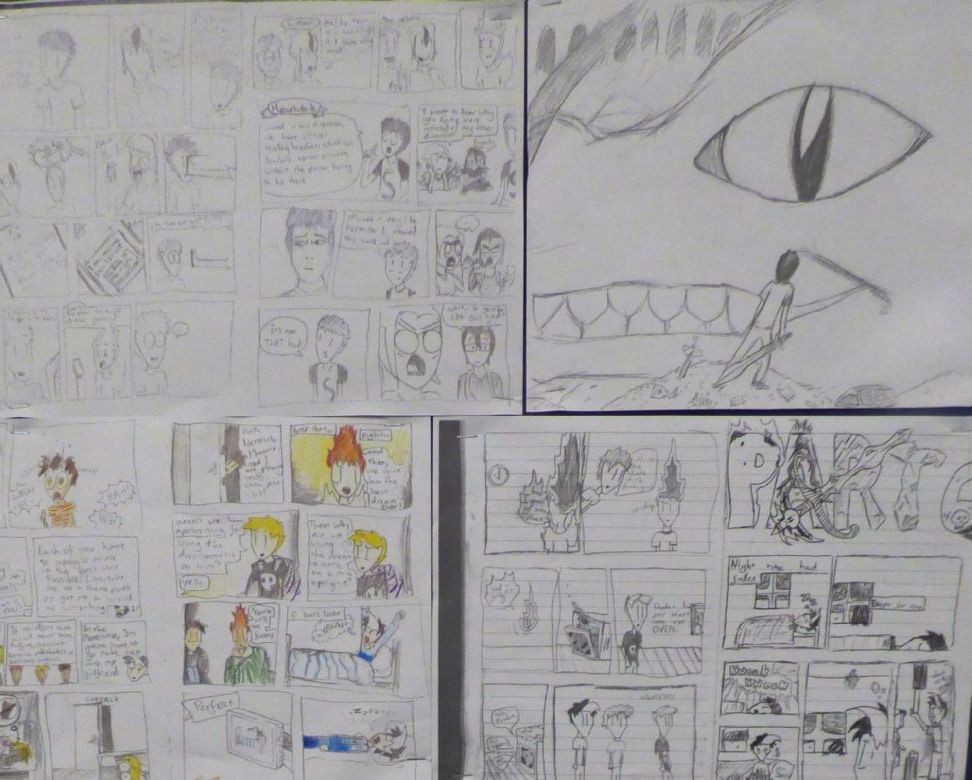