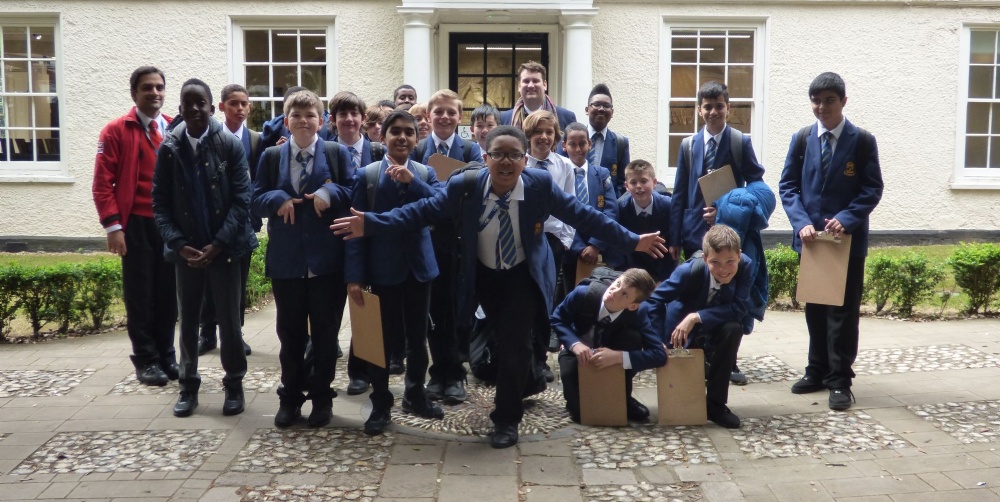 7L have a great day with the Lauderdale team!

On Tuesday 7L took a walk up the hill from school to visit Lauderdale House for the first time. At the start of the day the boys enjoyed some time in Waterlow Park where they were shown a statue of Sir Sydney Waterlow who gave the park to the local council in 1889 to provide 'a garden for the gardenless'. The boys were also shown a huge tree in the park that was made hollow when it was struck by lightning!

Whilst at the house itself the boys were given a tour by the Lauderdale team during which they learned all about the long history of the house. The boys then took part in a creative writing workshop lead by Mr Glover that introduced their upcoming unit in English called 'A Classical Journey' where the boys study myths and legends from ancient times.

Mr Glover remarked “It was a delight to provide the opportunity for our Year 7 students in Lauderdale House to visit the real thing! Engaging with our local community and learning about our shared history is such a crucial element of our House identity and we are incredibly grateful to the team at Lauderdale for their continuing commitment to strengthening our partnership.”

Here is a fantastic piece of descriptive and poetic writing written during the visit by Sonny from 7L.

The sunset goes down when the bell rings.

The poles that keep the house up and stable

The piano started to play in the middle of the night.

Zeus struck the tree because he was angry.

This was because his brother was singing.

Zeus had a ball of lightning, and he threw this at the tree.

He teleported to the tree that he had set on fire.

The birds’ nests began to crumble, like an apple crumble.

It was chalky and crumbled onto the floor like a flowing river.