WES Got Talent – after school

THE AUTUMN TERM COMES TO AN END…..

The Autumn Term came to an end on Friday with assemblies for KS3 and KS4 students and staff reflecting on the term and celebrating achievements with the presentation of certificates.  Each assembly was rather rudely interrupted by the head of the Performing Arts Faculty, Mr Pratt….but just to introduce to the boys a surprise pantomime - Cinderella, with a star cast of staff. The  show was a lovely conclusion to a very busy term and as is traditional for a panto the audience was very raucous.  Film rights were bought by Ms Kay Kreizman, Head of Film Studies, and the highlights will be released next term!

The term has been very busy for both staff and students and here are just some of the highlights we’d like to share with you:

The highlight of the term for parents was our Winter Entertainment Evening on Wednesday.  The audience, after refreshment from WESPA, were treated to performances of music, art and drama, a slide show of some of the terms events followed by the grand WESPA Christmas raffle draw.  The boys and the Performing Arts Faculty had worked hard to make this one of the best evenings ever.  Well done! 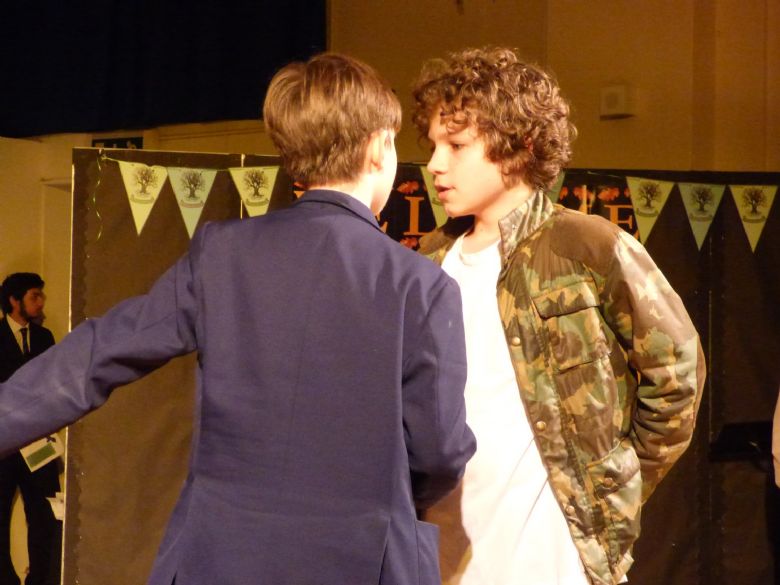 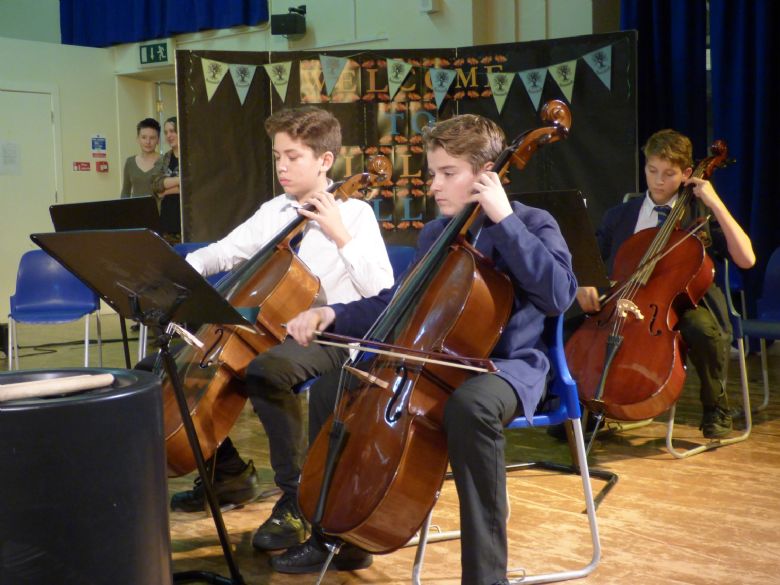 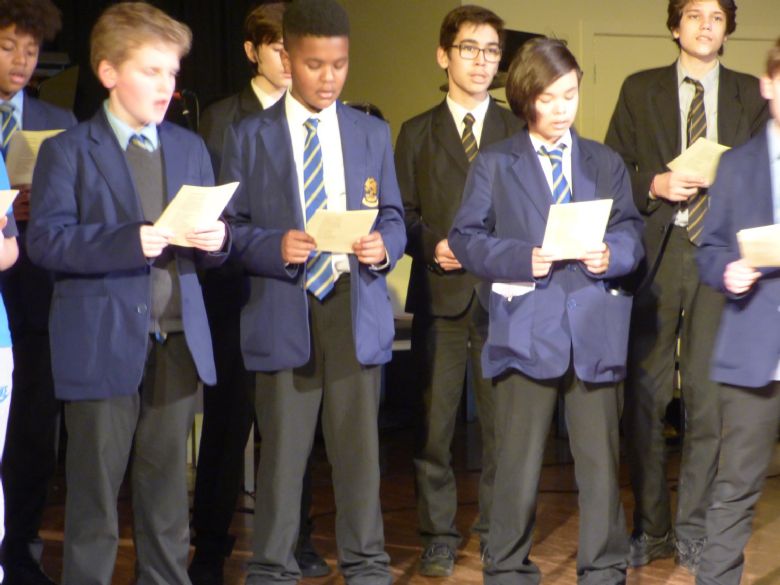 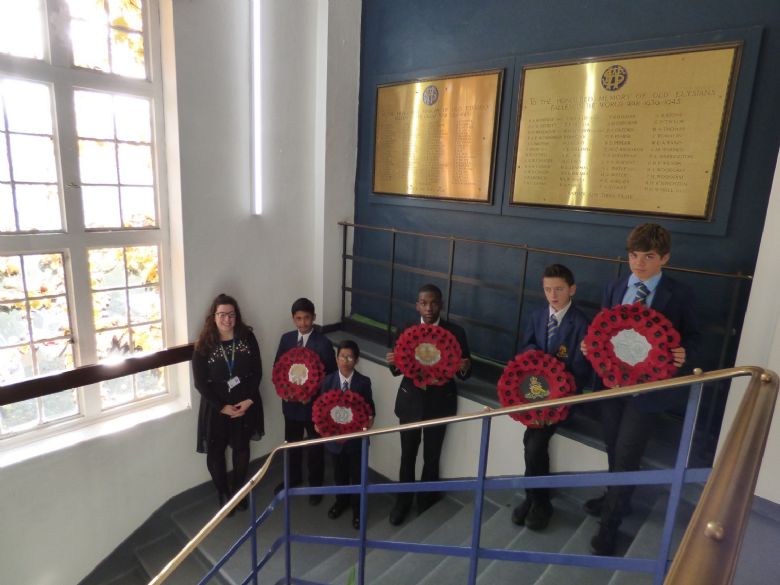 The start of this half term saw Mr Altmann, Head of Years 7 and 8, leading a series of Remembrance assemblies for all years. The school laid five wreaths, led by Head of History, Ms Jones, in honour of five regiments from which ex WES boys lost their lives during the First World War, followed by the playing of the last post and a two minute silence to remember all those who have lost lives in conflicts throughout the world. 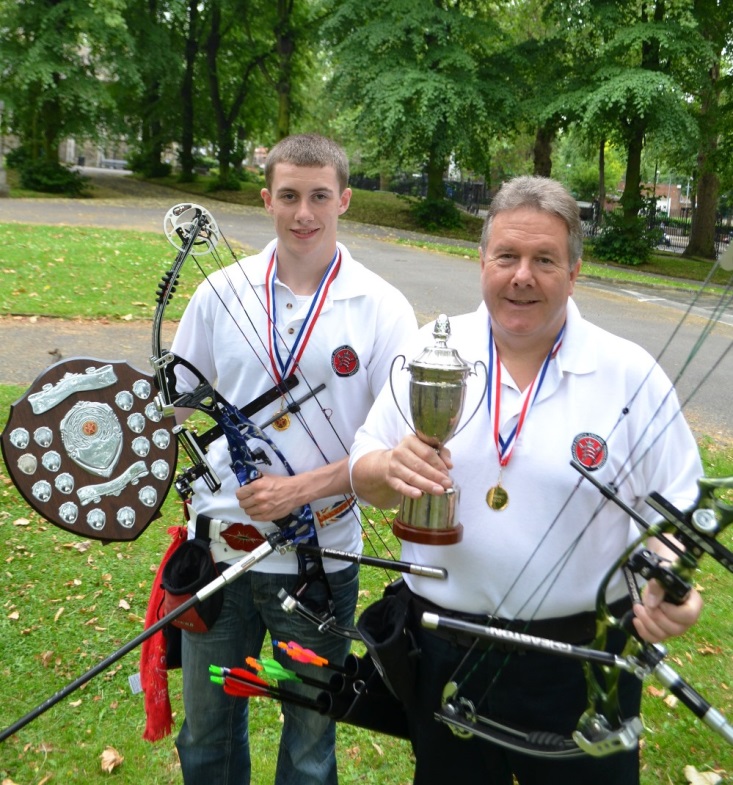 It is always great to hear of the successes of our ex-students.  This term we heard from the proud father of Ben (Benjamin) Humphrys (see both above) who has just been honoured in Gloucester Cathedral having achieved a First Class Honours - Bachelor of Science degree in Strength and Conditioning and is now studying for his Master’s degree.

Ben represented his School, Borough, County, England & Great Britain in the sport of archery achieving many accolades. While still studying at WES he became a qualified fitness instructor and went on to enrol at Gloucester University. His university dissertation was so good his tutors asked him to present it at the National Strength & Conditioning conference in Birmingham which he did. This work will go on to be published later in the year in the strength and conditioning research journal.

Ben is currently studying for his Master’s degree currently coaches Team GB (Dodge Ball) in strength and conditioning as well as an under-18 professional football team and the National Swiss Girls Netball team but to name just a few.

His parents sent the school their appreciation of all the help and assistance given to Ben - especially the PE department staff.  We send him our congratulations on his successes and hope to see him at WES for a visit soon. 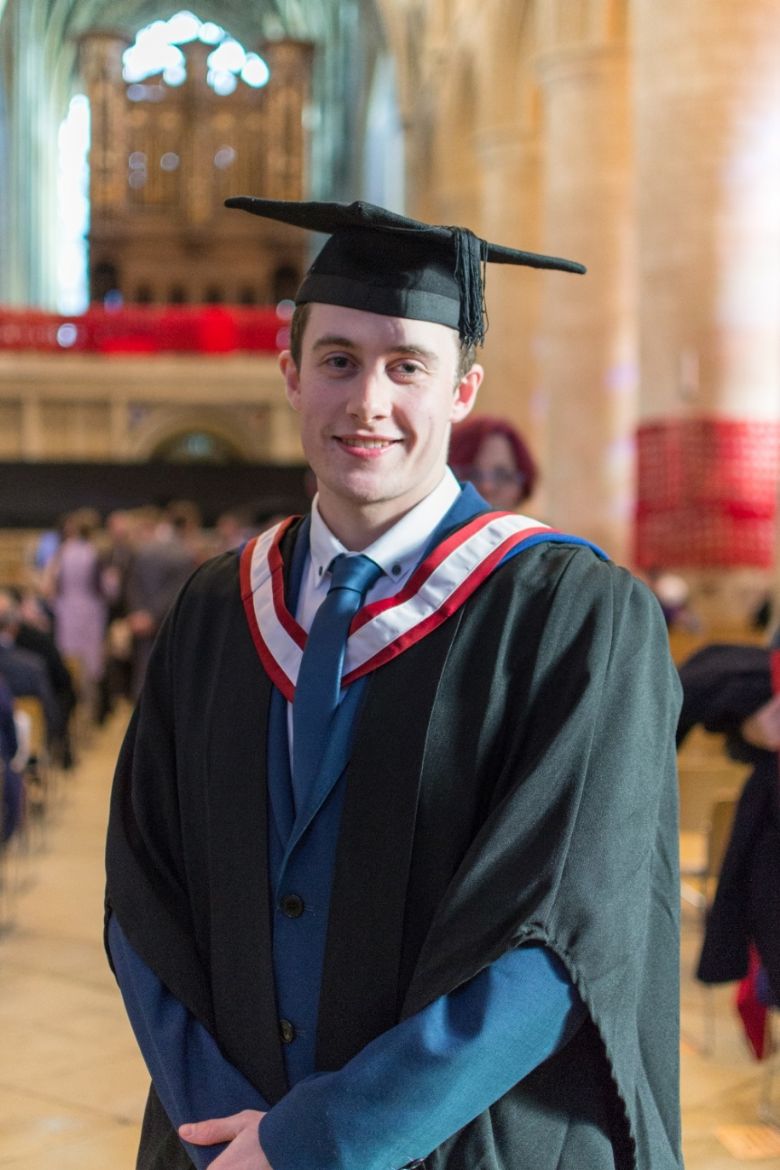 Mozamil (9W) and George (9L) joined City Year to host important guests. AnnMaura Connolly, Chief Strategy Officer and Executive Vice President of City Year US and Daylene van Buuren, Executive Director of City Year South Africa. They visited William Ellis School to see our City Year volunteers in action. AnnMaura and Daylene were welcomed by Mozamil and George. Both boys were incredibly hospitable and made every effort to answer all their questions at a round table sessio 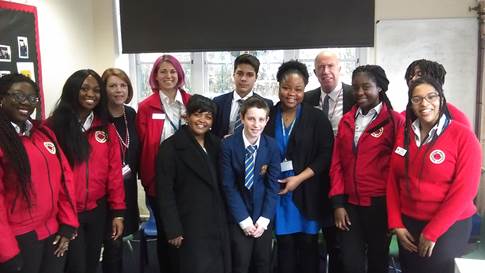 Throughout the term Mr Pratt has coached a talented group of boys in years 8, 9 and 10 with numerous rehearsals for the plays ‘Macbeth’ and ‘Henry V’ leading up to special performances at the RADA Studios. 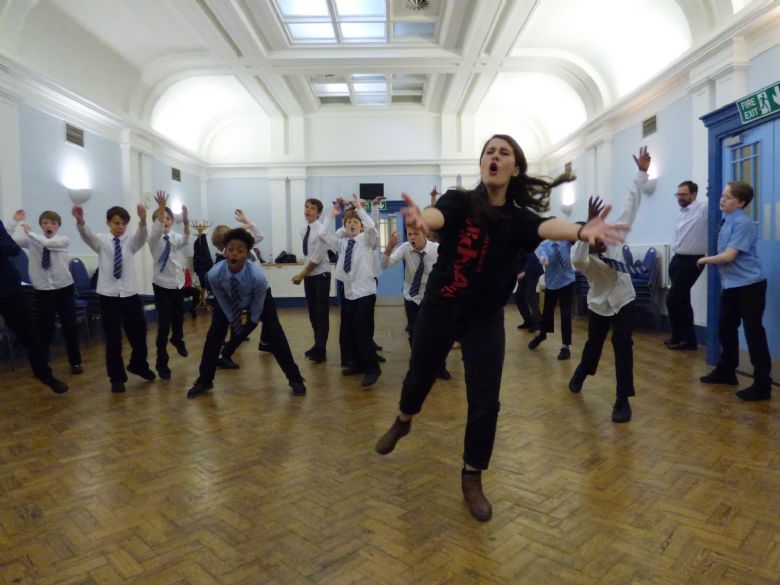 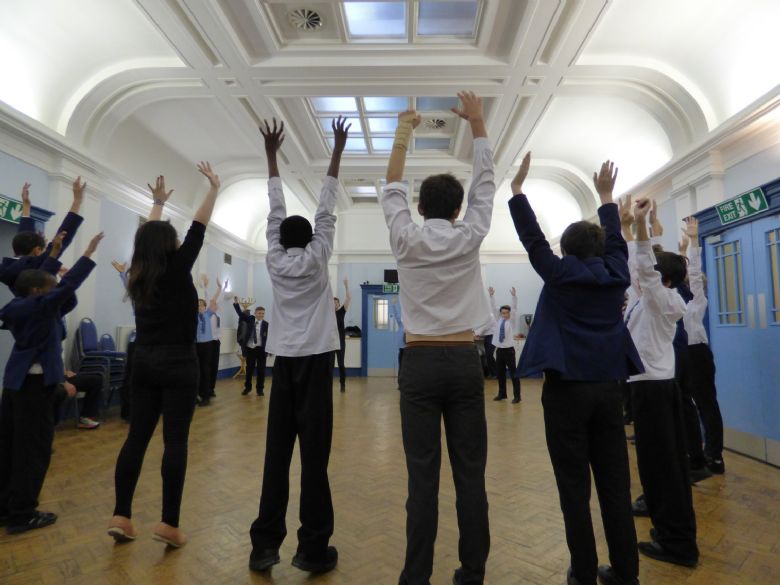 Ms Damms, English Teacher, who went along to see they performances said that “The ‘Macbeth’ was the best version I have seen; the ‘Henry V’ was so wittily done.”  Praise indeed.  She went on to praise Mr Pratt for his exceptional job with the performers.

Ms Ozkaya, Student Engagement, took a party of boys for a Camden Take Over day firstly at 5 Pancras Square, the new location for most Camden Council officers, and then to the Town Hall where they had lunch in the Mayor’s Parlour.  The students found out how local government works and met local councillors and other council members as well as representatives from the Camden Youth Parliament and police.  They worked in groups to prepare presentations on topics of interest such as ‘stop and search’ which they presented in the Town Hall Council Chamber to a panel made up of Martin Pratt, Executive Director Supporting People, the Youth Parliament and councillors – including one of our governors – Georgia Gould.  Not only did the students have a day immersed in politics but a chance to hone their presentation skills in a formal but supportive environment. 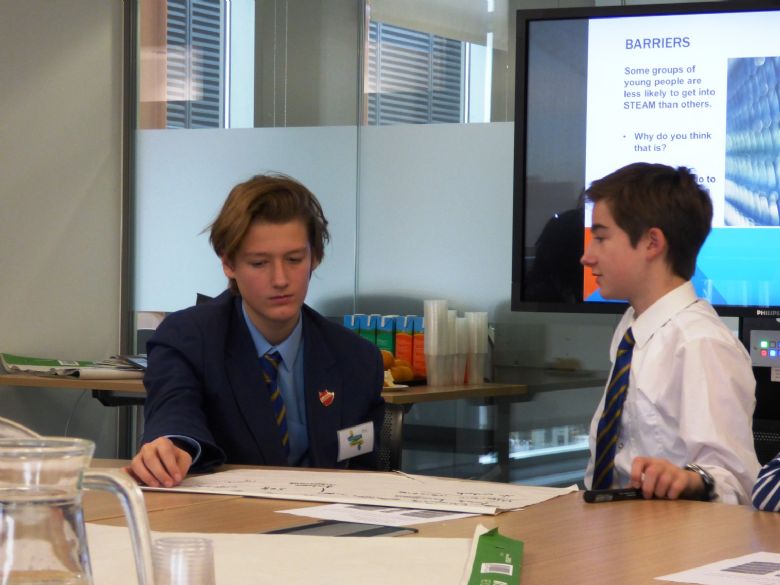 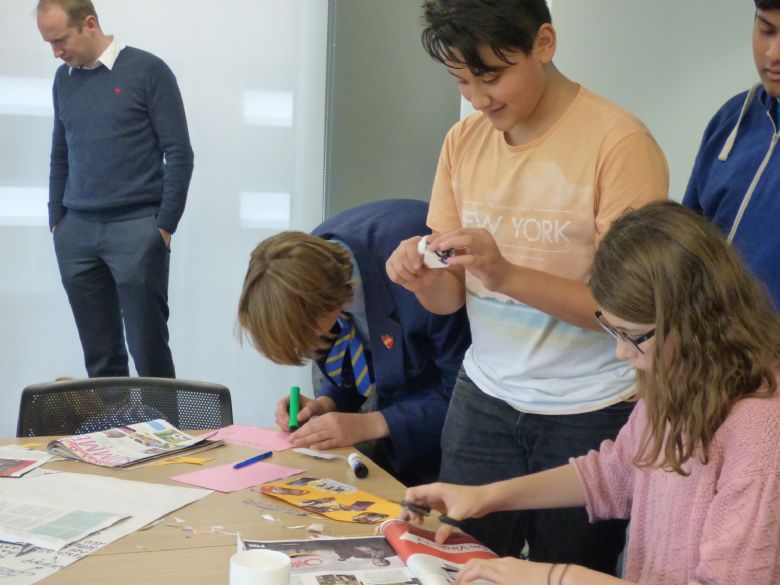 A hardy band of staff has given up a couple of weekends to “rough it” in the Kent countryside in preparation for leading Year 10 students in gaining their Duke of Edinburgh bronze awards later in the new year.  All application forms should now have been completed and handed in.  A taste of what is to come…

The Music Department, led by Mr Forbat, joined with the other LaSWAP schools for a special concert at St Martins Church, Gospel Oak in late November.

The performances including samba, big band and the new vocal group formed by Mr Singleton, Music Teacher, were a great success and Mr West of Camden Music Service contacted the school to let us know that he thought the performances were the best ever.

Last year a group of current Year 9s took part in the Art of the Underground project.  Their artwork has now been installed at Highbury and Islington Station and appears in a booklet Art on the Underground on display at tube stations.  As a reward for their work they were offered a “behind the scenes” tour of Euston Station.  They enjoyed exploring secret tunnels and studying maps of the unknown world below our streets!

The Camden Centre hosted a ceremony to honour the winners of the Jack Petchey Awards 2015-6.  Winners from WES were Dareen, Nabil, George, Fabian, Mohammed, Michael, Kai, Omar and Daniel.

The Head and members of staff went along to support them.  They awarded winners for a variety of reasons from excellent participation in extra-curricular projects such as the Tree of Life Programme to perseverance and commitment to studies after a period of illness.  Well done! 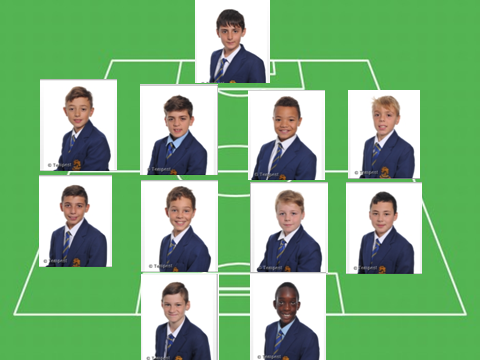 The rugby team had a very promising start to the sport, having competed in several fixtures, improving every match.

The basketball team won a place in the playoffs of the Camden Shield Competition.

Rugby – improving with every match

More events to come in the next term -  mostly focused on the basketball competition.

Ms Ward, Lead Mentor, worked with the X1 Prince’s Trust group in Year 10 to choose and fundraise for a local charity.  The boys chose Life Force – Whittington Hospital’s palliative care project for young people and their families with long term illnesses.  The boys baked cakes for a break time sale raising £119.  They made cards and chose presents to take to the centre just before the end of term. 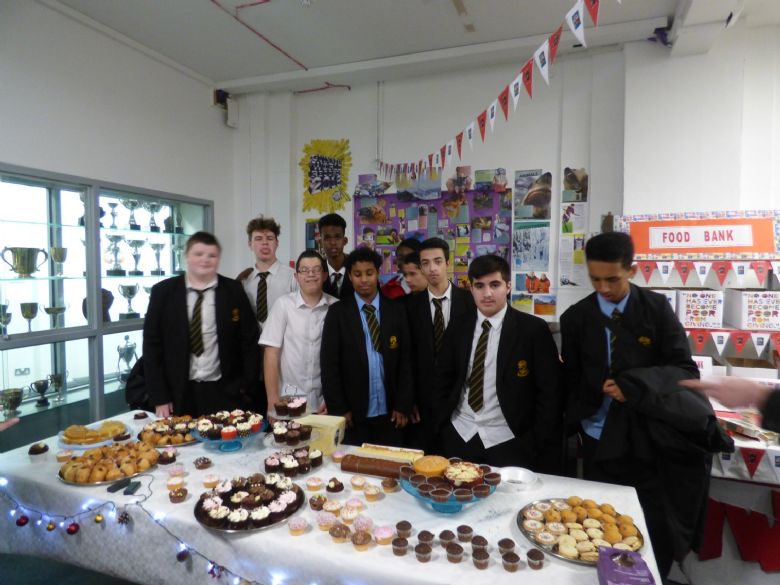 In association with the Mall Galleries and the Poetry Society, Ms Ozkaya helped host poetry workshops with poet, Simon Mole in the Learning Resource Centre.  There will be follow up trips to the Mall Galleries in the West End to get further involved in the project/exhibition “The Art of Storytelling”.  We are very grateful that a parent has helped the school set up this fabulous project.  Participants are shown below telling their own story to their school friends along with Simon Mole who worked energetically with the boys for two day. 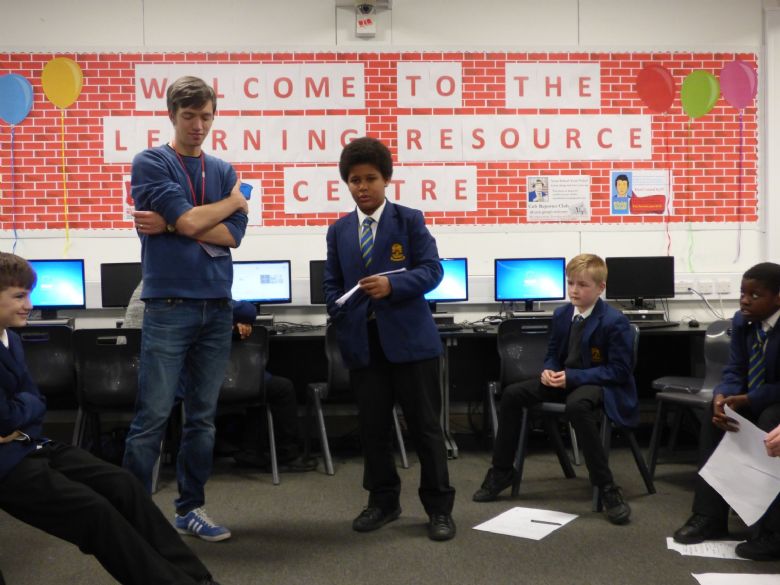 The school collected donations for a food bank specifically to help the homeless from the Kentish town area who will be staying at Our Lady Help of Christians over the Christmas period.

And a selection of other activities this term: 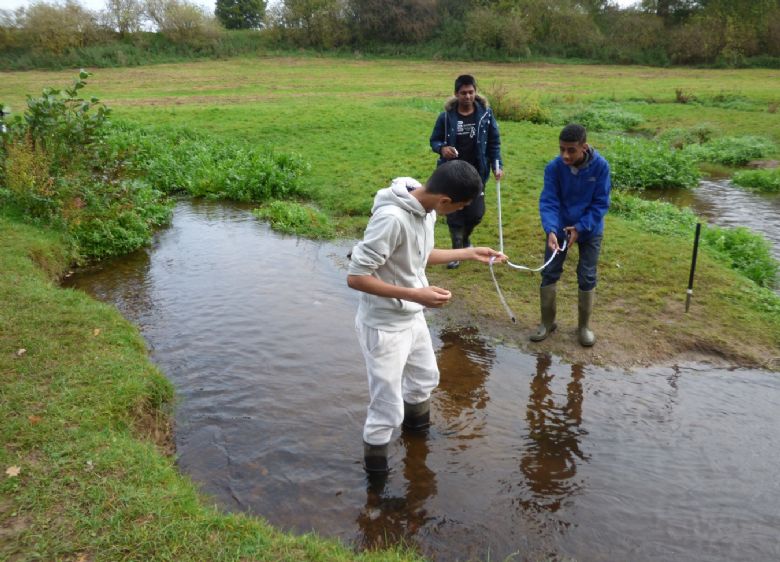 We are sorry to see three members of staff leave this term – Ms Shaikh who has been Acting Head of Art.  She is expecting a baby early in January.  She will be replaced in the new year by Ms Kendall, who is known to most as she has worked in our Art Department for some time.  Ms Alkunshalie, English Teacher, who is moving to Haverstock School to work in a different role and Mr Williams, TLA who will be pursuing a career in music after a long trip to St Lucia.

We are pleased to welcome in January, Joy Lightman, our new Parent Support Worker.

Our thanks to City Year for all the help they give the school to enable us to run all these extra activities, to WESPA for their support at many of our events and for their fundraising activities and to the staff and students who all give their time to help make the school such a great community.

NEWS FOR PARENTS FROM CAMDEN

Our spring term brochure CLiC (Community Learning in Camden). You can download the most up to date version of CLiC on our website here: http://www.camden.gov.uk/ccm/content/education/adult-community-learning/whats-on-this-term/

We deliver English, Computers, Preparing for employment courses and many more.  Courses are delivered in community venues across the borough.  Please forward this information onto your clients, networks, learners and contacts as appropriate.

Our popular Everyday Computer Skills Workshops are now offered in various different venues across the borough.  Please find attached further information on where they are being held.  Alternatively you can find more information here: http://www.camden.gov.uk/ccm/content/education/adult-community-learning/free-computer-workshops.en

All courses are free for adults aged 19+ and give priority to Camden residents.

We are always happy to discuss the option of running similar courses in different venues to suit your clients.

If you would like to register or ask a question, you can contact the Camden Adult Community Learning team in any of the following ways:

Do you know anyone who would like to join an Adult Community Learning course this month?  Send or bring them along to our next Information & Enrolment Day!

To find out where else you can enrol, please contact Camden Adult Community Learning in any of the following ways: